In the summer of 2018 Jim Wilson asked if would I be interested in making a short film on Edward Bransfield . Like most people at the time, I had not a jot who Edward Bransfield was . Turns out Edward was the Irishman who discovered Antarctica some 200 years before but whom few had ever heard of .

Jim, a wildlife expert and ocean-going tour guide, and a small collective from East Cork were determined to change that by erecting a monument in Bransfield's birthplace Ballincurra, Cork .

Local sculptor Matthew Thompson had been commissioned to do the piece .

And so while working on the Bransfield project for Jim over the following 15 months, I snatched what filming opportunities I could with Matt as he went about hewing art from a big piece of rock .

Across two winters, Matt, wife Shermin and daughters Allana, Rosie and Eliza had a ready welcome for me, which I will always be grateful for .

Our last filming was some 10 months ago and only now am I getting around to editing what I shot .

In the first instalment, Matt speaks about his journey to sculpting in stone . It was filmed on location in Ballywilliam Ireland, Ballinacurra Ireland and Antartica .

Thanks to Matt for being open and kind .

Thanks to Jim for the opportunity and encouragement .

Thanks to my funding supporters who make my filmmaking possible .

On The Trail of the Humpback Whale

In May 2018, the Irish Whale & Dolphin Group embarked on a unique research expedition to explore the growing numbers of humpback whales being seen in Irish and Icelandic waters.

In addition to documenting humpback whales the expedition team recorded many other species including Blue Whales and critically endangered White-beaked whales in the remote Icelandic waters and up into the Arctic Circle.

From their expedition research vessel Celtic Mist the scientists collected data over a seven week long trip using film and photography for identification.

The Irish team collaborated with colleagues in the Icelandic Marine and Freshwater Research Institute and the University of Iceland.

They promoted links with coastal communities. They combined knowledge and resources to more effectively carry out shared responsibilities towards humpback whale conservation and management. They told stories. And listened.

I was with them aboard RV Celtic Mist for the seven weeks to document the expedition from Ireland to Iceland returning via the Faroes and Outer Hebrides.

Against an extraordinary marine canvas I hope this film will give you a sense of being there in this independent production .

The Humpback Whales of Cape Verde

Sitting in his Kilrush office in West Clare, the light fading outside on a warm autumnal evening, Simon scratches his head and sighs. Stressful and all as it makes him feel, the Cape Verde archipelago in September is a gamble he knows he must take. It flies against all logic of course; you travel to Cape Verde off West Africa in the spring to see and study the humpback whales, not in the autumn. Four times they have done it that way over the last decade. But something about that narrative now jars.
Twelve months later the 40ft catamaran Equinox sails out around the volcanic headlands of Mindelo harbour. It's the first morning of the 2014 CVI Expedition. Dr Simon Berrow, the expedition leader, looks around at the faces etched with excitement. Pedrin smiles at him. He smiles confidently back. Inside, he wonders will his gamble pay off.

Simon Berrow is a hugely experienced marine biologist and former member of the British Antarctic Survey. He has been leading Irish expeditions to Cape Verde for over a decade. Always in the spring, between February and April, when the humpback whales gather to breed. For twelve years he has photographed, filmed and biopsied the whales, trying to understand their world. Trying to prove a link to feeding grounds to the north, to Ireland.
There are easier places to study mega-fauna than this small group of volcanic islands dotted on the Atlantic, some 570km off the coast of Western Africa.
Not many venture to do research here. A semi-desert landscape, big seas and strong trade winds see to that.

The agreed philosophy was simple enough: northern hemisphere humpback whales travel south to Cape Verde to breed in its warm waters and sheltered bays in the spring and then return north to rich feeding grounds right up to the higher latitudes of the artic.
Then the reports started. Reports of humpback whales in Cape Verde in September. And October. That didn't make sense. Though anecdotal, the reports were too many to ignore. What was going on? What were they missing? Were these sightings an anomaly or was there something more fundamental at work?

Against the odds, Simon and his assembled team of marine scientists from Switzerland, Spain and Ireland voyage to an extraordinary discovery. One that will change our understanding of humpback whale behaviour. 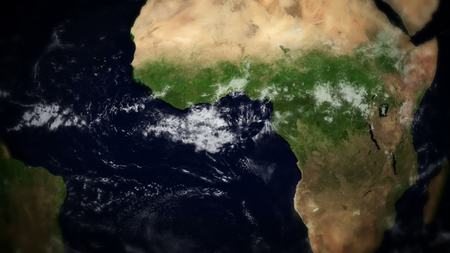 The Humpback Whales of Cape Verde has screened at film festivals around the world and was taken on a library tour of Ireland. To organise a screening contact us HERE